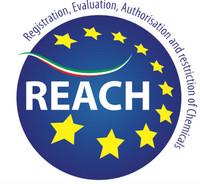 Following the recent ECHA report regarding the costs and benefits of REACH, CETS President, David Elliott stated “the only conclusion we can draw from this report is that the costs to industry are very real and making the EU less competitive in the global market place whilst the benefits are, at present, all hypothetical and presented in such a way as to convince everyone that REACH is actually working”.

Everyone agrees that we need to manage our use of substances carefully, particularly those that could qualify as SVHCs (Substances of Very High Concern) and, wherever possible, we should attempt to remove these substances from global supply chains if suitable alternatives are technically and economically feasible. However, what is not helpful is the recent publication of the supposed benefits of chemicals legislation such as REACH.

The ECHA (European Chemicals Agency) has recently published “Cost and benefit assessments in the REACH Restriction dossiers” ISBN 978-92-9247-838-4 in which it claims that the total costs assessed for all the restrictions in the EU having gone through the REACH procedure is estimated at €290 million per year with health benefits equivalent to over €700 million per year. So to the uniformed, this looks like a clear cut case of benefits exceeding costs. However on closer inspection it becomes very clear that the costs to industry are indeed real and probably underestimated but the benefits to the EU are all estimated and based on projections and assumptions and are not actual savings at all.

The report actually states that human health and environmental impacts of restrictions are challenging to estimate and only for a few cases have the monetised benefits been established. In fact, just 2 of the restrictions account for almost 97% of the supposed benefits – the removal of methanol from windshield washing fluids and the removal of chromium V1 from the tanning of leather articles.

The removal of chromium V1 from the tanning of leather articles is estimated to prevent an alleged 1.32 million people with chromium allergies to be off sick from work, companies to avoid lost production because of this, as well as health and medication costs and to allow these 1.32 million people to start buying leather products again, all of which amounts to €354.6 million. Again there are no details on where the 1.32 million figure comes from and no account taken of the fact that the majority of leather goods are actually tanned outside of the EU.